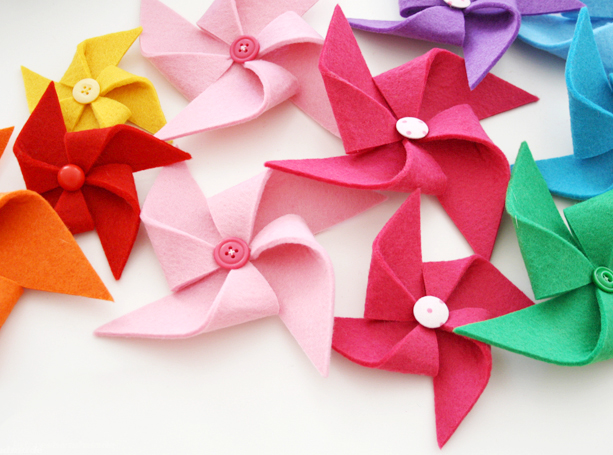 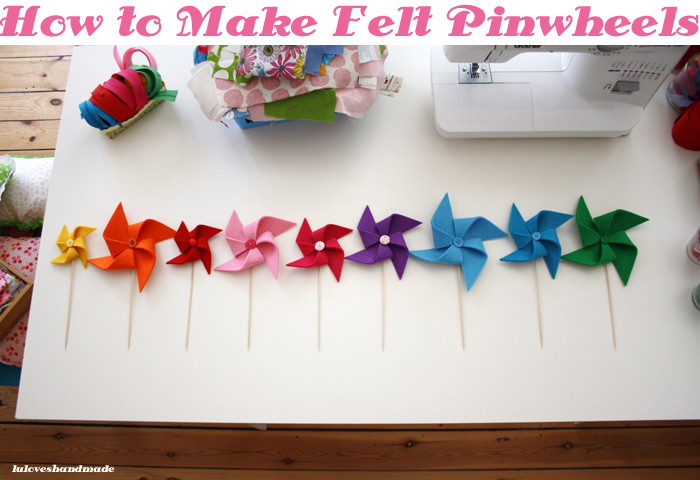 Hello!! :) This weekend I’ve done lots of crafting (I always reward myself after I’ve done some studying :)) and I’ve been sooo productive. I sewed some new pillow cases, a skirt, worked on some birthday present ideas and I made those awesome felt pinwheels. :) My new colleague Kathleen visited me and I showed her how to make those wheels, we spent several hours on producing them, it’s highly addictive! :) She also took the photos on which you can see both of my hands (a bit difficult to press the shutter release while attaching buttons… ;)).

So here’s what you need to make those pretty pinwheels:
– Lots of colourful felt (but you could also make them from cardboards)

Cut out a rectangle of a size you like, make a cut at each of the corners of the piece of felt like in the second photo and then fold it like you can see above.

Next, use needle and thread to fix the tips and to attach them to the midde of the pinwheel. 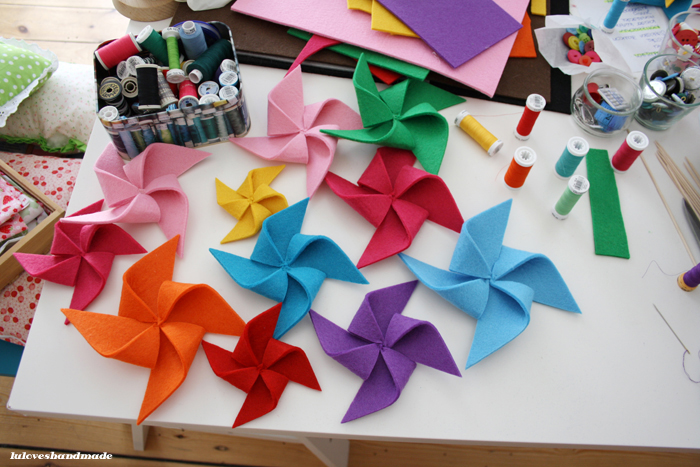 Do the same with as many pieces of felt as you want. :) We had a total craze for making them and really couldn’t stop and everything was so colorful. <3

After attaching the tips to the middle, choose matching buttons.

Again use needle and thread and sew the buttons onto the middle of the pinwheels. :) 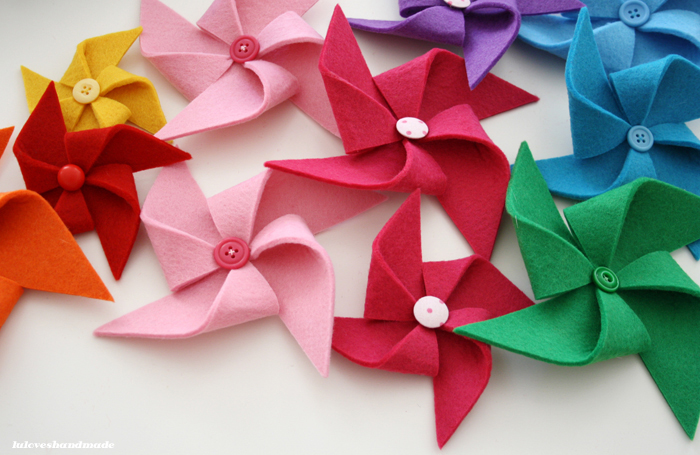 Finally, use a hot glue gun or  multi-purpose glue to attach the tiny wooden sticks to the back of the pinwheels so that you can put them into flower beds, flowerpots or stick them into the lawn (for example for a garden party, I think this would look really pretty! ;)). Afterwards, cut out a small piece of felt and glue this onto the back, too, so that it looks neat. And then you’re done! :)
We had so much fun making those wheels, let me know if you try this out, too, and don’t forget to share photos! :) I think this is also lots of fun for doing this with children, because it’s so easy and so colorful (of course only with older children who don’t hurt themselves while using the gun or while playing with the sticks… :)). 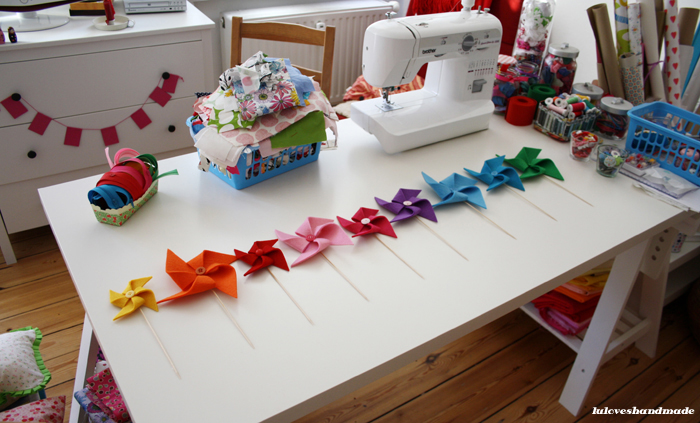 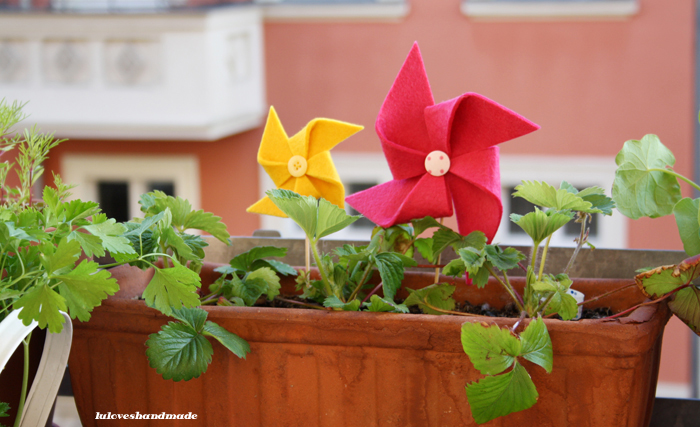 Wish you a happy day!
Lu