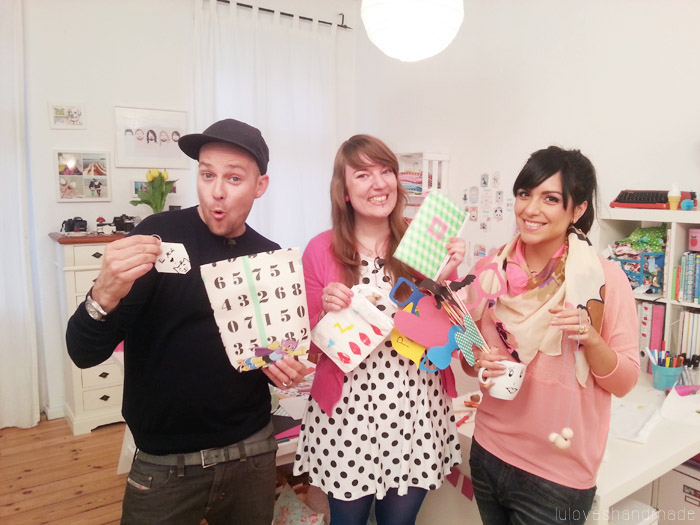 Hi everyone! :) Those of you who follow me on Instagram have already seen this last weekend, for all the others of you, here’s a blogpost: last Sunday, a TV team and two TV presenters came to my home for a DIY feature on a kid’s TV channel in Germany. You can see me on KIKA in the show ‘KIKA LIVE’ on Monday, March 24 on 8 p.m. for ten minutes (it’s tomorrow!) and this show will be about last minute DIY gift ideas for teenagers.

Preparations for the video shooting 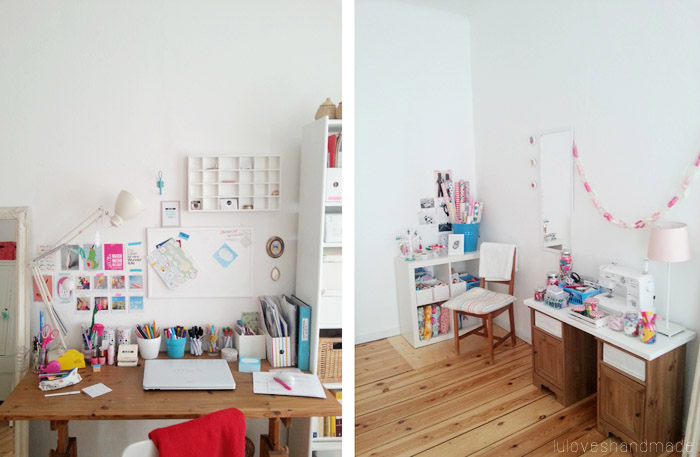 Because the TV team came to my home, we had to relocate part of the furniture, for example move the bed to the living room, because our bedroom is also my workspace and I didn’t want my bed to be in the way. :) 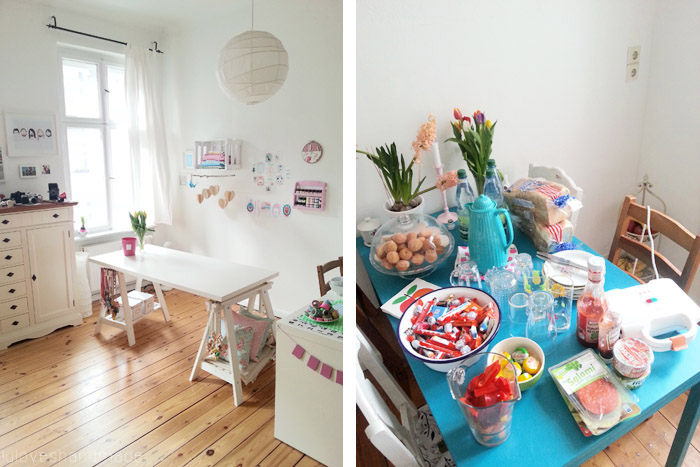 Apart from removing furniture, I also prepared some snacks and candy for the team so that they wouldn’t starve, because we have been filming for 8 hours.

My video shooting Sunday with KIKA 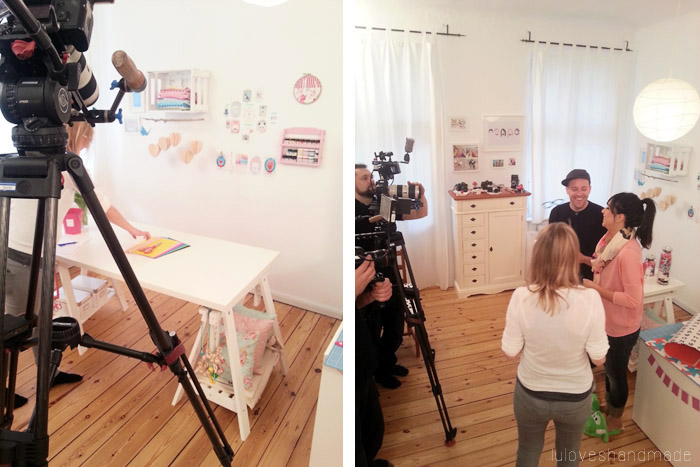 First of all, we filmed some stop tricks. This is a special film effect of which I hadn’t heard before: an object is filmed and while the camera is turned off, the object is moved out of sight before then the camera is turned back on. When watching the film afterwards, it looks like the
object disappears. We did this with the supplies which were needed for the DIYs. Then the two presenters were filmed while introducing the future viewers to the theme of the episode of their kids and teenager show. 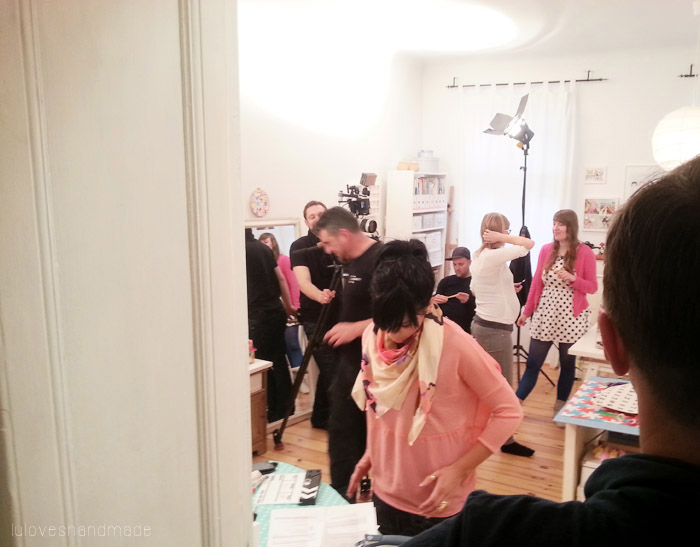 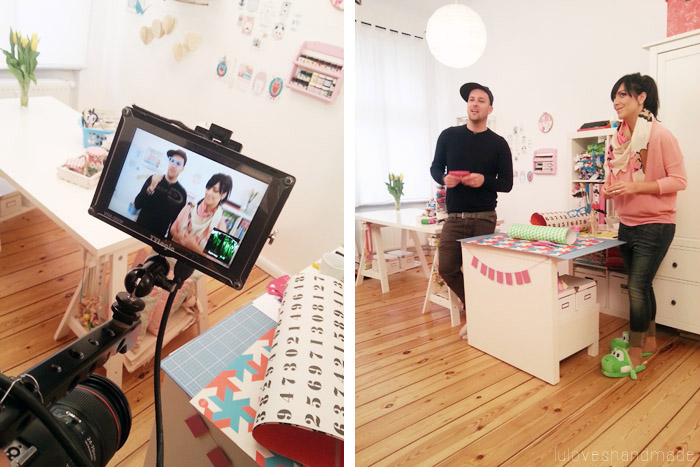 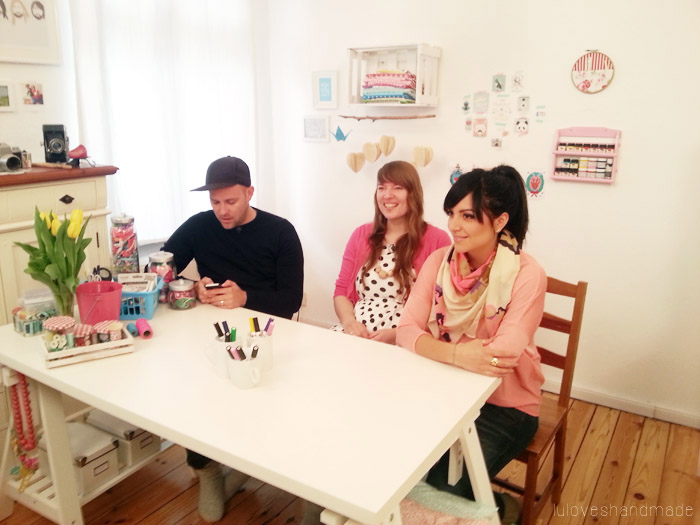 The week before we filmed for the show, I had been preparing eight different DIYs for last minute gifts which teenagers could easily make without spending too much money or effort on them. 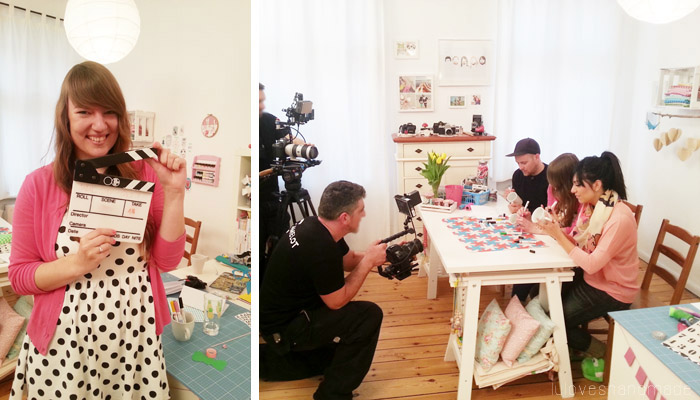 For this DIY theme week in the show KIKA LIVE, the team invited DIY experts like bloggers and youtubers and I was one of them. My role was helping the two presenters with making those last-minute gift ideas in front of the camera and explaining them (and the kids in front of the TV) how to create those simple gifts. :) 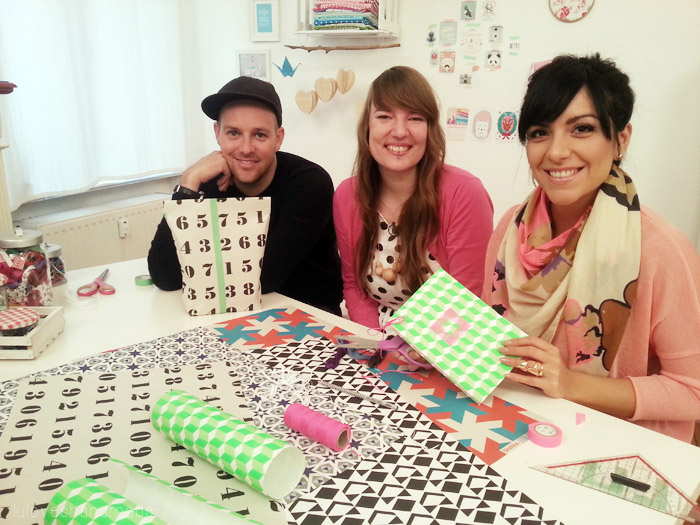 It was a really really long day, but sooo worth it! It was a completely new experience working for a TV production, I learned a lot and the day was lots of fun. The two presenters (Ben and Jess) were super nice and I had fun working with them on the projects.

Watch Luloveshandmade on TV in the show KIKA LIVE 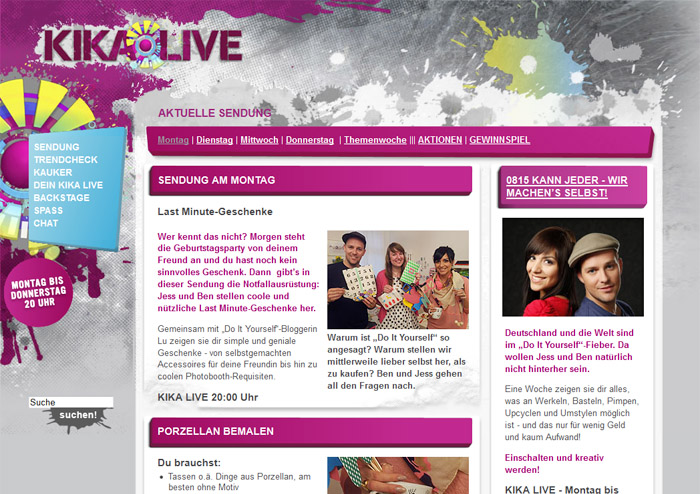 In addition to the TV show itself, there’s some material with short photo instructions for the kid’s on the KIKA LIVE website.

So here’s the most exciting part: if you want to see me on TV, switch it on tomorrow evening (on Monday, March 24) at 8 p.m. and watch me in the show KIKA LIVE on KIKA (Kinderkanal), a German TV channel for kids. :)

P.S.: If you miss the show, you can watch three of the DIYs online on the KIKA website, the videos are available for nearly one year: